The movie industry in Cameroon is still in its fledgling stages but is brimming with talent, from actors to script writers and producers

The movie industry in Cameroon is still in its fledgling stages but is brimming with talent, from actors to script writers and producers of the highest calibre.

With a country of two official languages, more than 200 ethnic groups and several fascinating cultures, Cameroon is an incubator of great stories waiting to be told. In this article, we at hippotechgroup take a dive into the corridors of Cameroon's movie industry. Read on to see who makes the cut for the best movie producers in Cameroon.

Popularly known as Mitoumba, a name that has persisted since his role in foyer polygamique in 2007, the 52-year-old is easily the most recognisable Producer in the Cameroon Movie world. With several top-notch movies and television series under his belt and a career spanning over 20 years, the Producer of the much-talked-about Madam monsieur Television Series sits at the top of our list of best producers in Cameroon.

Notable movies by Kepombia are Foyer polygamique (2007) and La belle-mère (2013). He has also participated in projects like Ma grande famille, an Ivorian TV series featuring industry heavyweights from Mali, Senegal and Gabon.

Kang Quintus' first mega project as a producer came in the Internationally acclaimed movie the fisherman's Diary in 2020. The film, written and directed by the exceptional Enah Johnscott, a multiple award winner, attracted unprecedented global acclaim. Fisherman's diary was among the first Cameroonian movies to appear on the renowned Streaming platform Netflix. Quintus has also featured in other movies and short films in varying roles.

He is a very recognisable personality in Cameroon's Entertainment sphere and a music director. The "first Cameroonian to ever do it", as He loves to call himself, is currently working on a movie titled NGANU, which promises to be another big hitter.

A key Mugol in the Cameroon Movie industry, Elung Brenda is the Board Chair of the Cameroon Film Industry (CFI) and boasts a prosperous Career in Acting and Movie Production. The Producer of SAMBA tv series, which stars acting giants like Jeffrey Epule, Kelly Ade, Dilong Nsang etc., ranks third on our list of top movie producers in Cameroon.

Syndy Emade has been the face of the Anglophone movie industry for a while now. She has played vital roles in several movies in a career that spans close to a decade. Bold, beautiful and daring, the Producer of blockbuster movies A man for the weekend and Broken, both Shown on Netflix, is also a model and brand ambassador for many brands. Syndy Emade runs her own foundation, the Syndy Emade Foundation.

Another power lady makes it to our list. On number 5 is the Producer of the globally acclaimed movie Saving Mbango, released in 2019. Stephanie earned her first steps in the film when she acted in "The Giant Broom", produced in 2005 by Oliver Awah. Different roles in Shrill, little Cindy and Pink poison solidified Her status as a prominent industry name before kicking off her career as a movie producer in 2019. She owns the production house known as EMBI productions.

Considered one of the biggest producers in Cameroon, Billy Bob has been the leading man behind many a Cameroonian movie. He has co-produced the film Little Cindy and was the brain behind little sam, big sam. Both movies starred some of Cameroon's biggest stars and registered huge commercial and viewing successes.

Perhaps His biggest Project to date is the blockbuster television series RUMBLE, which aired for several years on Cameroon's biggest Broadcaster, the CRTV; the 150-episode series was also aired on spectrum Television.

On number 7 is Blaise Tedju, a genuinely excellent producer with many movies and tv series to His credit. Most notably, Conséquences Tribales, which He produced in collaboration with other producers. Engagement Mortel and Miranda are also significant projects by Blaise Tedju, also called "Blaise Option". The last two movies were nominated in the 2016 and 2017 Editions of the Festival Écrans Noirs. Blaise Tedju is also the CEO of ORIMO productions.

The youngest entry in this list has been in the movie scene since 18. The Benin/Cameroon citizen has produced a handful of excellent movies. Her most notable project is Enterrés ( Buried) which was released in 2020 and has received worldwide acclaim. Her film WAKA received the jury's special price in Festival Khouribga 2013 in Morocco and the Dikalo price of Encouragement at the Festival Panafricain de Cannes in 2013.

Another young entry is Frank Thierry Lea, a graduate of the University of Yaounde I with a master's degree in Performing Arts and Cinematography. Frank's first Project Mes Vampires earned five international nominations, including the MISS ME BINGA festival in 2016. In 2019, Innocent(e) (The Innocent) got a nomination at the Festival de Cinéma Africain de Louxor in Egypt.

To complete our top 10 is 40-year-old Nkanya Nkwai, Producer of the movie Nightfall (Tombee De La Nuit), which features Nollywood Icon Clem Ohameze and Cameroon's star Epule Jeffery. NKanya Nkwai was featured in the Lithuanian Movie the Crucible as well as many Cameroonian projects, notably VIRI.

He is widely considered one of the founding fathers of Cameroon cinematography. He is credited with the distinction of producing Cameroon's first full-length feature film Muna Moto in 1975. He has gone on to win many awards and honours, including le Prix de la Liberte in 1978.

The CEO of Cameroun's most prestigious Entertainment event, the Cameroon International Film Festival (CAMIFF), and one of the significant kingpins in the entertainment industry. The only reason Agbor Gilbert Ebot didn't make our top 10 was that he has not been involved in active movie production for the past few years but is doing some excellent work in building Cameroon's movie industry from the front. Agbor Gilbert has produced giant movie projects like Pink Poison, among others. 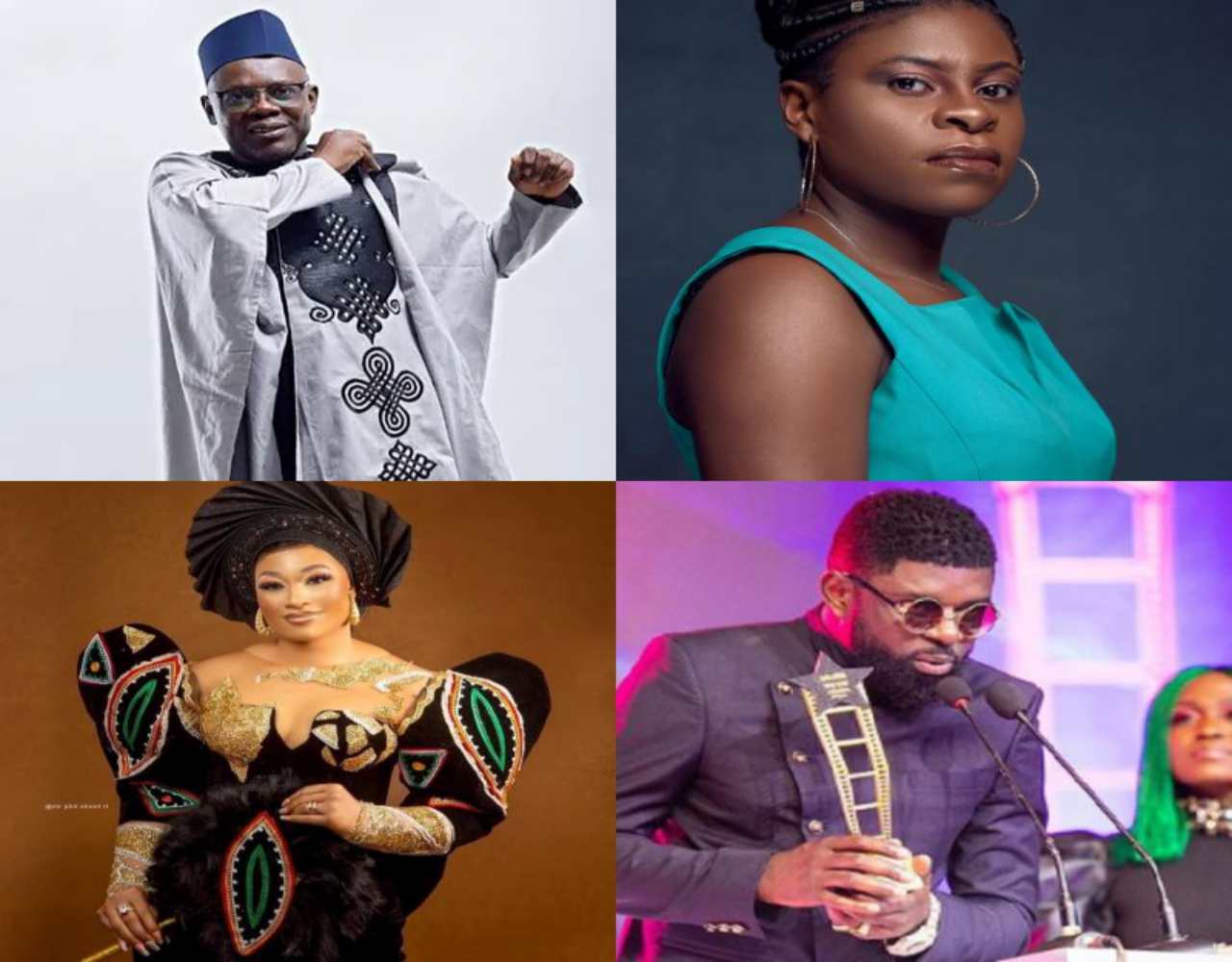