Here’s a list of some famous famous famous historical, cultural,,, and religious tourist places to visit in Cameroon. Cameroon is located between West and Central Africa, along the Gulf of Guinea.

Cameroon is surrounded by several countries, the most notable of which are Nigeria to the west, the Republic of Chad to the north, and the Central African Republic to the east. Cameroon's southern border shares international borders with Equatorial Guinea, Gabon, and Congo Brazzaville.

It is strategically located in western Africa, with a coastline that forms part of the Gulf of Guinea. It is, however, also considered to be in central Africa. All of Africa in one location! Cameroon is frequently referred to as "Miniature Africa." Did you catch that?

What Language is Spoken in Cameroon?

Cameroon is a bilingual country with two official languages: French and English. In addition, Pidgin English is widely spoken throughout the country. The two major cities are Yaoundé and Douala, with the former serving as the political capital. Douala is Cameroon's economic capital, and it is situated on the coast, hugging the Atlantic Ocean.

What are the Famous Historical, Cultural and Religious Tourist Places to Visit in Cameroon?

In Cameroon, there are a plethora of interesting places to visit. This country is made up of around 250 different ethnic groups. Natural wonders such as seas, mountains, and forests, as well as attractive landscapes and historical and culturally significant sites, are all on the list.

We've divided these Cameroon tourist attractions into three categories for the sake of this article:

A. Cultural and Religious Attractions

The Bafut Fon’s palace is the seat of the over 400-year-old Bafut Fondom (kingdom). A traditional and cultural abbot for a people that originated from Tikari. The Fondom found in the North West region of Cameroon has an impressive cultural setting from the architecture to furniture and sculptures that have been jealousy preserved from generation to generation-spanning as far back as the first traditional Ruler of the Bafut people, hundreds of years ago.

If you are enthusiastic about the history and culture of this ethnic group, then paying a visit to the Bafut Fon’s Palace will feed your curiosity. Be sure to follow the traditional rules and schedules as directed by the local population through their custodians of the land!

The town of Foumban is one of the most historically and culturally significant places in Cameroon. For reasons that stretch across the religious, cultural, and history of not only the Bamoum People of the West Region but also the Political History of Cameroon. The Foumban Palace was built by one of Africa’s greatest ever traditional rulers, Sultan Ibrahim Njoya, who is said to have invented a grinding mill, and created a religion that was a hybrid between Christianity and Islam and traditional beliefs.

The Foumban Palace has the most spectacular museum designed in the form of a double-headed snake and spider-like roof, which are two very significant symbols in the local folklore. This museum is filled with several artefacts, ranging from unique fabrics used by previous traditional rulers to sculptures and handicrafts.

One of the famous historical, cultural and religious tourist places to visit in Cameroon is the Our lady of Victories Cathedral in Yaoundé. With a unique structure and Architectural design, the over half a century old cathedral has a capacity of more than 5000 worshipers. The spectacular Catholic sanctuary has had the rare honour of hosting two Roman Catholic Popes; Pope John Paul II in 1985 and in 1995 and Pope Benedict XVI in 2009.

Cameroon’s other notable traditional palaces are the Lamido’s Palace in Ngoundere and the Mankon’s Fon’s palace in Bamenda.

Suppose you are a lover of Historic Artifacts who loves to take a trip back in time to fully understand Cameroon’s History, Culture, and Heritage. In that case, you will find the following Museums and art Galleries fascinating.

The fact that the museum is housed by what used to be a Presidential palace is remarkable enough. But then, this museum will take you through Cameroon’s history, culture, and lifestyle in a lively and engaging manner. With tour fees of around 10 dollars, you can get an in-depth knowledge of Cameroon in French and English languages. With an awe-inspiring collection of statues and Symbols from the different cultural groups in Cameroon, a visit to the Musee Nationale is not one you will forget in a hurry.

The reunification monument is an impressive architecture in the heart of Yaoundé, not far from Cameroon’s ministry of defence and National Assembly. It was constructed in the 1970s, and as the name implies, this monument is a symbol of Cameroon’s reunification between the English and French-speaking people of the country.

The reunification monument is a spiralling structure with an underground hall serving as a showroom where pictures of some famous people in Cameroon’s history are displayed. On the premises of the reunification, the monument is a giant sculpture depicting a family man with His kids hovering on His shoulders, back and limbs.

Now, Besides the state-run Museums, there are also some privately owned Art Galleries with impressive collections which you can visit while in Cameroun two of these are the Doual’art and Blactitude.

A cultural NGO and contemporary art centre that supports art production in Cameroon. Located in the City of Douala, the structure was founded in the early 90s by Marilyn Douala Bell, a princess from the Royal Manga Bell family, alongside her Husband Didier Schaub, a curator and cultural producer. You may want to stop by its open space exhibition centre to take in the contemporary cultural and artistic signature on display.

This museum is a private-run structure that retraces the history of Cameroon through a spectacular display of over 2000 pieces of cultural arts collection. Objects like tribal masks, utensils, costumes and musical instruments give this museum a unique ethnographic feel.

The guided tour is professional and top-notch, although it might be tricky to locate this gem of a museum under the Boulevard de 20 Mai seats in Yaounde. With its over 2000 substantial collections being principally from the Grassfield regions of Cameroon. Blackitude also has pieces from neighbouring African countries like Gabon and Nigeria.

In conclusion to this rather hectic article, it is worth noting that the above choices are entirely ours. The list of famous historical, cultural, and religious tourist places to visit in Cameroon is endless and exciting. It will be an understatement to say that Cameroon is one of the most diverse nations in the world regarding special features and attractions. You may also want to try out the numerous exotic hotels, nightclubs, beaches, and Resorts littered in this beautiful country’s major cities. 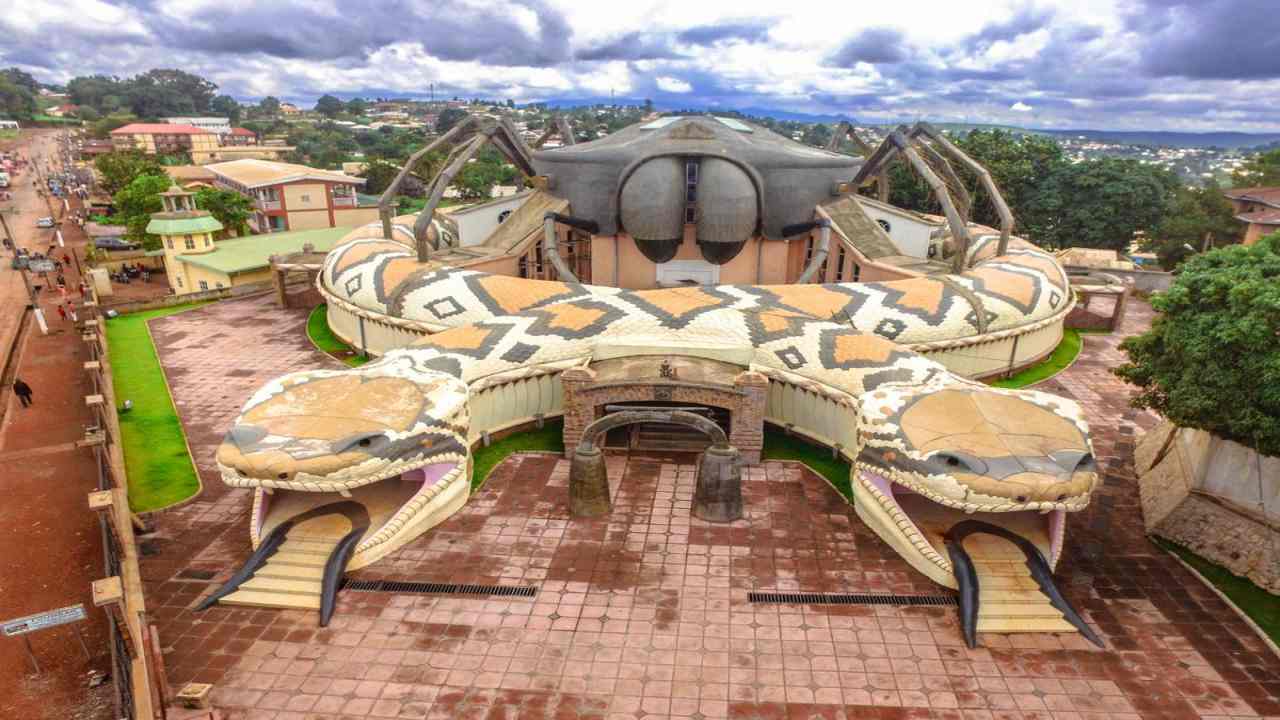