The best secondary boarding schools in Cameroon are among the top-ranking educational establishments in Central Africa.

The best boarding schools in Cameroon are among the top-ranking educational establishments in Central Africa.

If you are searching for how and where to secure your children's glorious future, you should start by giving them the best form of education there is.

One of the most reliable ways of instilling independence in your children is to enroll them in the best schools to get healthy values for productive adult living.

Unmistakably, the boarding school setting provides an excellent platform for your child to socialize with other students as they learn to take care of themselves by residence in a dormitory.

In boarding schools with co-educational settings, staying in the dormitories allows male and female students from different backgrounds to cohabit with other people besides their families. This empowers them to obtain a unique perspective on what the real world is all about.

Nevertheless, looking at standards, there are different types and levels of boarding schools. Some of these boarding schools are really good, while others could be better owing to the administrative structure. You can find many of the best boarding schools in Central Africa in Cameroon.

It is a boarding co-educational first and second-cycle institution located in Bali, North West region of Cameroon. C.P.C Bali College was established in 1949 and ranks amongst the oldest secondary schools in Cameroon.
It is commonly known as CAMPROCOL or Bali College and has been a cradle for solid general Education since A.D. 1949. It is a boarding school with an exciting and conducive learning environment for secondary school students.

With her Motto: "God, Knowledge, Service", the school, is run by the Presbyterian Church in Cameroon (P.C.C.) and functions in the Department of the Presbyterian Education Authority (P.E.A.), which offers holistic general education at the First and Second cycles of the Anglo-Saxon system of education.
CAMPROCOL consists of boarding houses for boys and girls, with about 80% of the staff living on campus.
The students can receive a comprehensive and balanced education in an excellent academic environment covered to the east by the hills of Matterhorn.
There are laboratories, computer centers in the school, and a great library (D.H. Oneil Library), one of the best in the country.
C.P.C. Bali has a strong Ex-students association known as BOBA (Bali Old Boys Association).
The school has educated many like former Prime Ministers Achidi Achu and Philemon Yang, not living Peter Essoka, a great and eloquent journalist, and so many others.
The school falls outside the cheapest boarding schools in Cameroon.

St. Joseph's College, commonly known as Sasse College, was founded by the Mill Hill Missionaries. It is located in Sasse, Buea, in the South West region of Cameroon.
Sasse College is a Catholic all-boys first and second-cycle secondary boarding school. It is the oldest secondary school in Cameroon's English-speaking part operating since A.D. 1939. It provides education at the first cycle and high school levels, offering programs in science and arts. In 2012, Sasse college was awarded the prize of the best school in West Africa.
This institution also operates as a minor seminary and, over the years, has graduated so many students who have become priests and bishops. Sasse College is known to have graduated the likes of former Prime Minister Peter Mafany Musonge, Prof. Victor Anomah Ngu, and Prof. Ephraim Ngwafor.
It is commonly known as a citadel of learning. Like C.P.C Bali, students produced here have a sense of pride, boldness, and unity.
See Also: How to Open a Student Bank Account with Ecobank Cameroon

In 1961, the school was opened as Women's Teachers Training College Mankon (W.T.T.C. Mankon) with 38 women and the Principal Na Webah.
P.S.S. Mankon is a co-educational secondary school and one of the best boarding schools in Cameroon. Presbyterian Secondary School (P.S.S.) Mankon was created on October 23, 1978, and is considered an annex to C.P.C. Bali. It is situated in Atuakom, Mankon, Bamenda of the North West Region of Cameroon. The first Principal of the school was Late Mr. Zachariah Memoh.
It is a Christian institution run by the Presbyterian Church in Cameroon, led by the Presbyterian Education Authority (P.E.A.).
P.S.S. Mankon is a highly competitive college; only the best students are selected to enroll in this institution.
The school has been outstanding in academic and curricula activities. The school is equipped with modern laboratories, computer labs, classrooms, and many more.
Presently, the school has over 1200, with 75 teaching and non-teaching staff taking care of them.
P.S.S. Mankon has a strong Ex-students association known as P.E.M.E.X.A.

Sacred Heart College Mankon is also known as S.A.H.E.C.O. It is an all-boys institution created on January 21, 1961, and opened by His Excellency Augustine Ngom Jua, then the Prime Minister of West Cameroon, on July 8, 1965. The school kicked off with Fr Thomas Mulligan (M.H.M.) as the pioneer Principal. Sacred Heart College is situated along the Bamenda-Mankon airport road.
S.A.H.E.C.O. provides education at the first cycle and high school levels, offering programs in science and arts. This institution is run and managed by the Catholic mission. It provides hostels for its students.
Sacred Heart College is a highly competitive college; only the best students are selected to enroll in this institution.
S.A.H.E.C.O. is a highly reputable institution regarding academic excellence as they produce outstanding results at both the Cameroon Ordinary level and Advanced level G.C.E.
Sacred Heart is well known for its sporting talents and discipline, besides excelling academically.
Likened to St. Joseph's College Sasse, its students have a sense of pride, boldness, and unity.
See Also: Richest Pastors in Cameroon

S.B.C. Ashing-Kom is found in Fuli-Kom, Belo Subdivision, Boyo Division, North West Region of Cameroon. Saint Bede's College (Sabeco) opened its doors on October 3, 1963, as a boys' school at its temporary site in Njinikom (Saint Anthony's Boys' School) under the patronage of Rev. Fr. Jansen.
In September 1964, there was a second intake, and after that, the College moved to its permanent site in Ashing in the Belo valley. This was through the intervention of the then Prime Minister of Cameroon, the Late Bobe Augustine Jua.
In 1967, St. Bede's College admitted the first set of girls, making it co-educational.
The first class graduated in June 1967 after writing the London G.C.E. Ordinary Level exams. The College became a preparatory university when it admitted the first stream of Lower Sixth students in 1990.
Now, a half-century later from its founding in 1963, the College has touched thousands of lives literally, and its graduates are everywhere at home and in the diaspora.
The school is one of Cameroon's best and among the country's top boarding schools.

Our Lady of Lourdes College is located right behind the St. Joseph's Cathedral in Mankon- Bamenda. It is one of the first all-female boarding schools in Cameroon. Existing for more than 5 decades and run by the missionary sisters of the Holy Rosary, this school has successfully raised academically and morally some of Cameroon's great women.
When academic success is sought for a girl child, O.L.L.C. comes first to mind. Well known for their neat appearance in red skirts, red scarves, and cream blouses, their outward appearance reflects their home and values of "To serve with Love."
A visit to this College and viewing its beautiful scenery is evidence of the hard work and returns from her ex-students association (L.E.S.A.N.S.), who give in the best for their Alma mater.

P.S.S. Bafut was created on August 11, 1988, by a Ministerial decision, and it when operational on October 29, 1988, as a co-educational boarding school. It was transformed from a first-cycle college to a second-cycle college on June 29, 2004. It is located in Agyati, Bafut Sub-Division, in the Mezam Division of the North West Region of Cameroon.
P.S.S. Bafut offers inclusive quality Anglo-Saxon education to boys and girls irrespective of gender, religious, racial, cultural, regional, and linguistic backgrounds.
The school is managed by the Presbyterian Education Authority (P.E.A.), the educational department of the Presbyterian Church in Cameroon.
P.S.S. Bafut is one of the best boarding schools in Cameroon, with phenomenal infrastructure, modern-day laboratories, and a conducive environment for studies.
See Also: How to Check Mtn Mobile Money Charges (Step-by-Step)

R.E.P.A.C.O.L. is one of the best boarding schools in Cameroon, offering Technical and Commercial Education. Regina Pacis Higher Technical/Commercial College (R.E.P.A.C.O.L.) is located in Mutengene, South West Region of Cameroon. It was created on November 10, 1997, with an autonomous identity.
The College is a co-educational boarding school that gives learners solid principles in Technical/Commercial studies and sound Christian Education, thereby molding aggregated human persons in moral, social, academic, and career orientation.
Regina Pacis College provides Commercial Education to aspiring boys and girls. It has preserved a tradition of academic excellence and discipline.

The Cameroon College of Arts, Science, and Technology (C.C.A.S.T.) is a Government institution under secondary General Education in the Ministry of National Education, Yaounde. The College is situated in Bambili, sixteen kilometers North – East of Bamenda and Mankon Town, on the Bamenda Nso Road.
The College prepares students for the Cameroon General Certificate of Education Examinations at the Advanced and Ordinary levels in the arts and sciences. Further to these academic objectives, the College also aims to provide a whole community experience where students can develop their personalities and grasp their responsibilities as citizens of the Republic of Cameroon as they study side by side with the E.N.S. Annexe Bambili and the National College of Agriculture Students.
Cameroon College of Arts, Science, and Technology (C.C.A.S.T. Bambili) was created in 1962, about 59 years ago, after political changes that saw the independence of Cameroon. Some years later, the Ministry of National Education was designed to prepare students for further studies.
This led to the creation of the second cycle in 1981, creating a smooth link between secondary and university education. C.C.A.S.T. Bambili offers courses in the Arts and Sciences leading up to the GCE O/L and A/L in the first and second cycles.
C.C.A.S.T. Bambili operates as a boarding and day school.
This institution, over the years, has educated many great and influential people in Cameroon, which makes it one of the best boarding schools in Cameroon.

P.C.H.S. Bamenda, commonly known as "PRO," is a co-educational boarding and day school located in the Heart of Bamenda, the North West Region of Cameroon. This institution was founded by the late Bobe Yong Francis, a legend and elite of the North West region of Cameroon.
Progressive Comprehensive High School is considered one of the best schools in Cameroon as it is known for transforming and improving students who are rejected based on academic standards and disciplinary concerns by other colleges.
Statistically, the institution produces the best results in the ordinary and advanced level General and Technical G.C.E., respectively.
Many ex-students pay great respect and allegiance to this institution for their knowledge, courage, and discipline.
Read More: 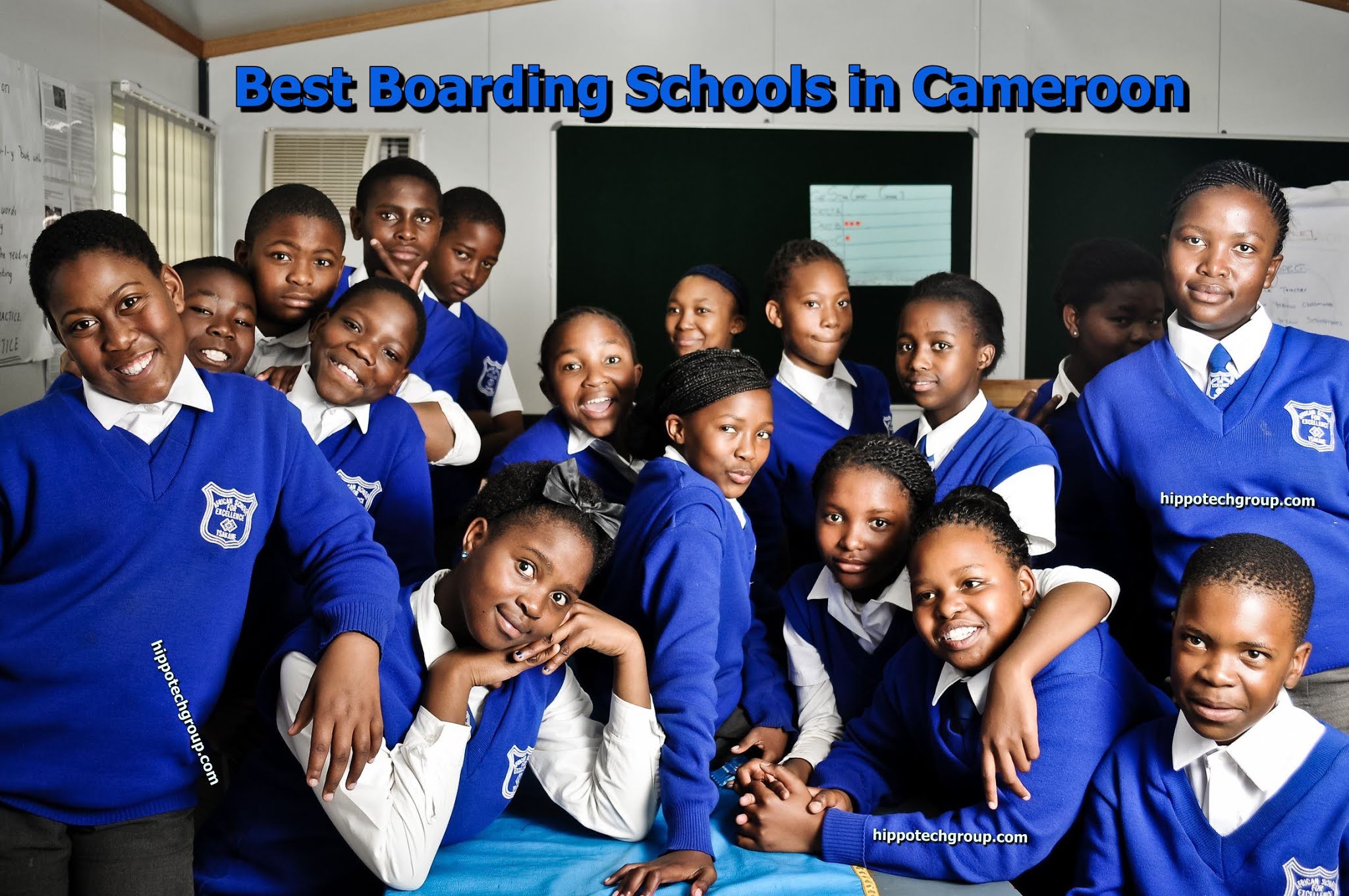