Are you aware Pastors are among the top earners in Cameroon? besides politicians, In case you are in doubts lets take a look at the richest Pastors

Are you aware Pastors are among the top earners in Cameroon? If you are in doubt, let's take a look at the richest Pastors in Cameroon.

Back in the day, Pastors were looked down on as poor and likened to church rats. They are among the top earners in Cameroon, Nigeria, Ghana, South Africa, Kenya, Uganda, etc., besides politicians, businessmen, and musicians.

Pastors or men of God as they are called have found a way to make themselves powerful and wealthy while still carrying out their function as an intermediary between God and man.

If you are in doubt, let's look at the official list of richest pastors in Cameroon with net worths and assets.

Richest Pastors in Cameroon (Net worth and Assets)

Here is the list of the richest pastors in Cameroon, looking at their net worth and assets:

Who is Apostle John Chi?

Apostle John Chi is a Cameroonian pastor and founder of the Ark of God Covenant Ministry (AGCOM). He was born on September 26, 1976, in Esu –Wum, Menchum Division of the North West Region of Cameroon.
He started his career as a house boy due to a lack of finances to go to school. Later on, he moved to Nigeria and became an evangelist for the synagogue Church of All Nations (SCOAN) headed by Prophet T.B. Joshua. While at the SCOAN, he joined the "Wise Men".
Apostle John Chi founded the Ark of God Covenant Ministry in July 2013 in Buea after receiving a revelation from God. He is married to Mrs Adewunmi Ester.

Net Worth of Apostle John Chi

Apostle John Chi's AGCOM runs a T.V.V. station known as Ark of GoT.VT.V. His Church has a population of over 40,000 Christians with branches in different parts of Cameroon and the world at large.
Information about his cars, houses and other investments are scarce because the Apostle leads a quiet and conservative lifestyle. But taking another look at his activities and his Church, his net worth is estimated at 2,000,000 US dollars (1,000,000,000 FCFA). As of this moment, he is considered one of the richest pastors in Cameroon.

Who is Dr Shawn and Dr Annie Smith?

Dr Shawn Smith is an ordained minister of Jesus Christ, author, and the apostolic overseer of the Gospel of Christ MinistrieG.C.M.G.C.M.) with headquarters in Douala. He has been a preacher of God's word for close to two decades.
Dr Shawn Smith is happily married to Dr Annie Smith, and they are blessed with five kids. Dr Annie Smith is a co-labourer at the Gospel of Christ Ministries. Like her husband, she is also an author and philanthropist. Her philanthropic work was recognized and acknowledged by a national humanitarian award in June 2014. She is also a University lecturer and an executive manager at a multinational company.
Together they created, several extensions of their ministry, including A New World AltogeN.W.A.r (N.W.A.) and the African Gospel Association for Prisoners Evangelism (AGAPE), to reach out to the underprivileged in society, hospitalized and the incarcerated, with the love of Jesus Christ.

Net Worth of Dr Shawn Smith and Dr Annie Smith

Dr Shawn Smith and his wife, Dr Annie Smith, are businessmen. They own a chain of businesses and run a quality primary and secondary school and a fuel station.
Also, the Gospel of Christ Ministries has branches in Yaounde, Buea, Limbe, Muyuka, Kumba and Bamenda. Over the years, Dr Shawn Smith and his wife have held crusades and programs in Rwanda, Liberia and Uganda, United Arab Emirates, France, Belgium etc. Their net worth is estimated at 5,000,000 US dollars (2,720,000,000 FCFA), making them one of the richest pastors in Cameroon.

Who is Prophet Ferdinand Ekane?

Prophet Ferdinand Ekane is the founder of the Rhema Ministry Mission with headquarters in Yaounde, Cameroon. He is married to Prophettes Shalom Ekane. Their ministry is characterized by lots of miracles, healings, and deliverances.
Together, they both hold programs and crusades internationally and over the national territory precisely in the French-speaking part of Cameroon.
Very little information is available about this power couple at this time, as they have a tranquil lifestyle.
With a net worth estimated at 600,000 US dollars (324,000,000 FCFA), Prophet Ferdinand Ekane also becomes one of the richest pastors in Cameroon.

Who was Prophet Divine C.Okafor?

He was a Cameroonian-born Nigerian gospel minister and the founding president of The Life Transformers Ministries InternL.T.M.al (L.T.M. Int'l), a bible-based church headquartered in Cameroon's South West Region.
He was born on February 13 1987, into the family of Mr Boniface Okafor and Stella Okafor. Prophet Divine C. Okafor was second in a family of seven.
He was also an author of books like "The Word Alive" (a 2 months-in-one daily devotional), "The Anointing", amongst others.
As the founder of Life Transformers Ministries InterL.T.M.nal (L.T.M. Int'l), he later opened the Transformers Tv. On TrT.V.sformers T.V., television programs such as his insightful teachings, Rebroadcast of his Sunday services and many other programs like; his miracle and faith healing crusades were aired.
His ministry grew in a short time as he constructed one of the biggest church houses in the region.
Prophet Divine C.Okafor was also known for some controversies as he one time declared to be worth one billion FCFA during a service in his Church. He's dead to date is still a mystery to his parishioners.
Declaring his estimated net worth of 1,000,000,000 FCFA (1,800,000 US dollars) made him one of the richest pastors in Cameroon.

He was born in 1980 and was the founding Pastor of Kingship International Ministry. Kingship International Ministry is one of the prominent miracle performing churches in Douala.
Prophet Frank was known as a man of fire for the proclamation of God's word and the healing of the land.
He was highly known in some villages in the North West Region of Cameroon for breaking ancestral curses and destroying shrines, especially in his native land Bafut where he was sued to court.
Prophet Ndifor Franklin Afanwi also took part in politics by making his debut in 2018, where he ran for the presidency in Cameroon. He said, "I have been called by God to rule Cameroon and save the people from hardship. Cameroon is a blessed nation with many natural resources, but the problem is governance", he stated in a campaign rally. He failed in the elections.
His Church Kingship International Ministry opened branches almost over the national territory. The Church also operated T.V.e Kingship T.V., where television programs like his insightful teachings, Rebroadcast of his Sunday services and many other programs like; his miracle and faith healing crusades.
Prophet Frank Ndifor died at the age of 40 on May 16 2020, after contracting the deadly coronavirus. 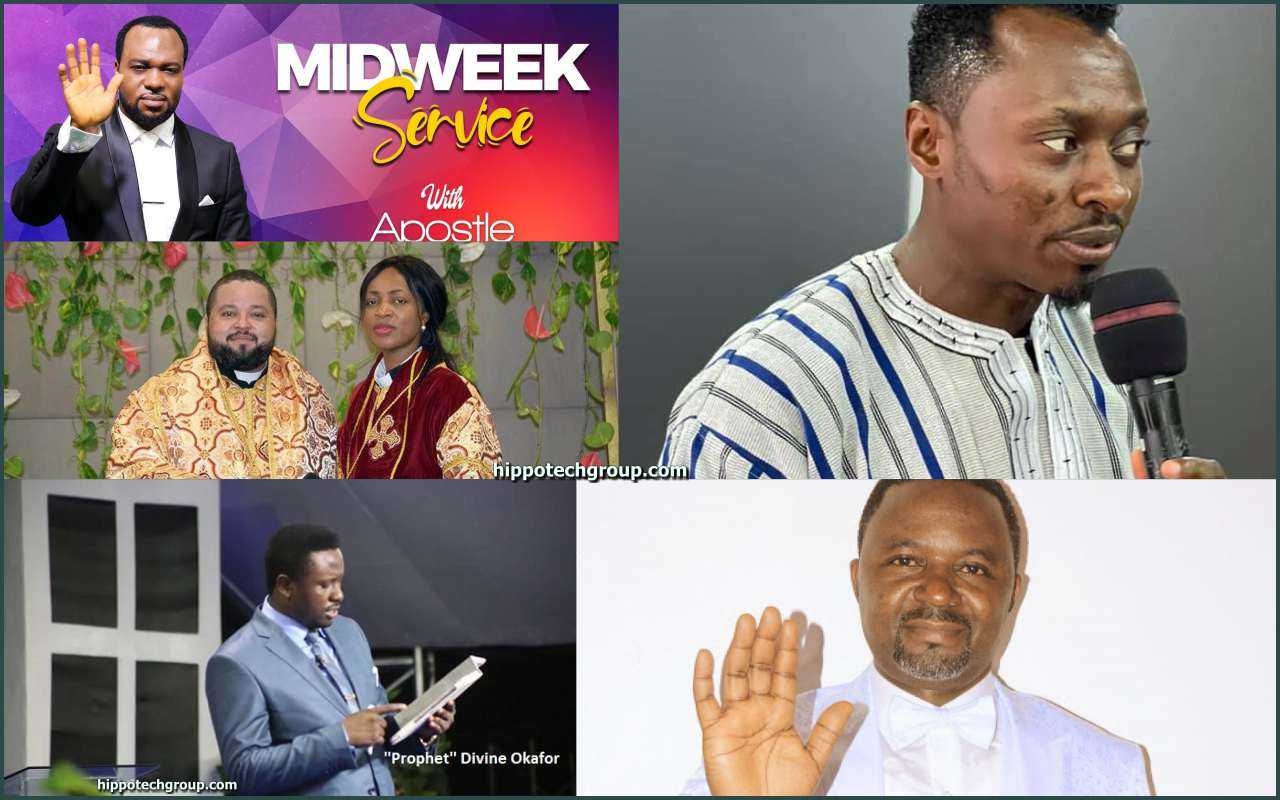