Tech Innovation in Cameroon for the Fight Against Respiratory Diseases

Technological Innovation in Cameroon by Mr Arthur Zang for the fight against breathing diseases. Mr Arthur Zang is the founder and CEO of Himore Medic

Tech Innovation in Cameroon by Mr Arthur Zang for the Fight Against Respiratory Diseases.

Arthur Zang is a Cameroonian research engineer, designer and inventor of the Cardio-Pad and the Oxynnet system. He is also the founder and CEO of Himore Medical and Oxynnet Medical.
He is a  graduate Engineer of Yaoundé Polytechnic School. As a reminder, Mr Zang and the teams of Himore Medical have in a recent past set up the Cardio-pad.

The medical tablet is designed to facilitate access to cardiac examinations and to produce a remote diagnosis. The Cardio-Pad was designed to reduce the death rate from cardiovascular disease in developing countries. Easy to use and allows the patient's cardiac activity to be collected by recording a complete 12-track ECG examination.
It is accompanied by several elements which make it possible to collect, analyze and transmit patient data.
The Cardio-pad is used in many hospitals in Cameroon and some African countries.
Mr Zang and his team have taken another step with their new product the Oxygen National Network (OXYNNET) created to combat respiratory diseases.

Respiratory diseases are those that affect the lungs and the respiratory tract, making it difficult to breathe. Among the most common are asthma, flu, pneumonia, tuberculosis. Infection of the lower respiratory tract is the most deadly form. It is responsible for more than three million deaths worldwide (a special case of Covid-19).
The year 2020 was marked by an exponential increase in mortality due to MRESP through the appearance of Covid-19. This virus develops very quickly by creating respiratory and pulmonary infections whose immediate consequence is a disability or premature death of the patient.
Africa, like all continents, is affected by this pandemic. In Cameroon, for example, the first case appeared on March 6, and since then, the number of positive cases has continued to grow.
One of the most essential treatments in the management of patients with covid-19 and respiratory diseases, in general, is oxygen therapy. It is a treatment that consists in bringing medical oxygen (95% pure) to the patient.
In Africa, medical oxygen, which is sold exclusively in the form of a bottle, remains a scarce and costly commodity. In Cameroon, it is only available in referral hospitals and large clinics. To obtain it, the patient has to pay around 10,000 FCFA per hour of breathing, which is quite expensive.

Taking the example of Cameroon, 79% of the population lives in rural and peri-urban areas.

To solve this problem, Himore Medical developed a means which will allow each hospital to produce medical oxygen. This solution called OXYNNET (Oxygen National Network)

After a long time of hard and exciting hard work, Himore Medical officially presented its new product for the fight against breathing diseases, including the Covid-19, i.e. the Oxygen National Network.
The OXYNNET is a system composed of connected medical oxygen production stations, designed and manufactured in Cameroon. It consists of several oxygen production stations interconnected to the same control system. Each station is installed in a hospital and produces 95% oxygen concentrated air continuously from ambient air, which is only 21% oxygen concentrated.
It is powered by electricity and has a solar power supply and a battery. The station can provide medical oxygen to more than 10 patients simultaneously. Without interruption, it is controlled remotely from a mobile phone and through the mobile phone network thanks to an Android application. The system has three main features:

The OXYNNET system is a medical oxygen station network. Each station produces 95 % of pure oxygen from the ambient air. It works on electricity and has a rechargeable battery thanks to its solar panel.
The station has a customizable control unit thanks to a 7-inch touch screen. The different parameters to measure the activity of the station are displayed thanks to the pressure gauge and flow meters on the control panel.

The station stores oxygen in one or more bottles then distributes this oxygen inside the hospital to the various patients connected to the oxygen network. This network consists of several tubes, masks, oxygen sockets and several sensors to measure oxygen consumption for each patient in the system.

With an android app, it is possible to control the station from your mobile phone. The application is easy to use, and it allows it to connect or disconnect one or more patients, adjust the oxygen flow of the station, observe the patients connected to the network. This remote control can be done through a Wi-Fi network or the GSM network.
See Also: Cameroon's Top Talent TV Show 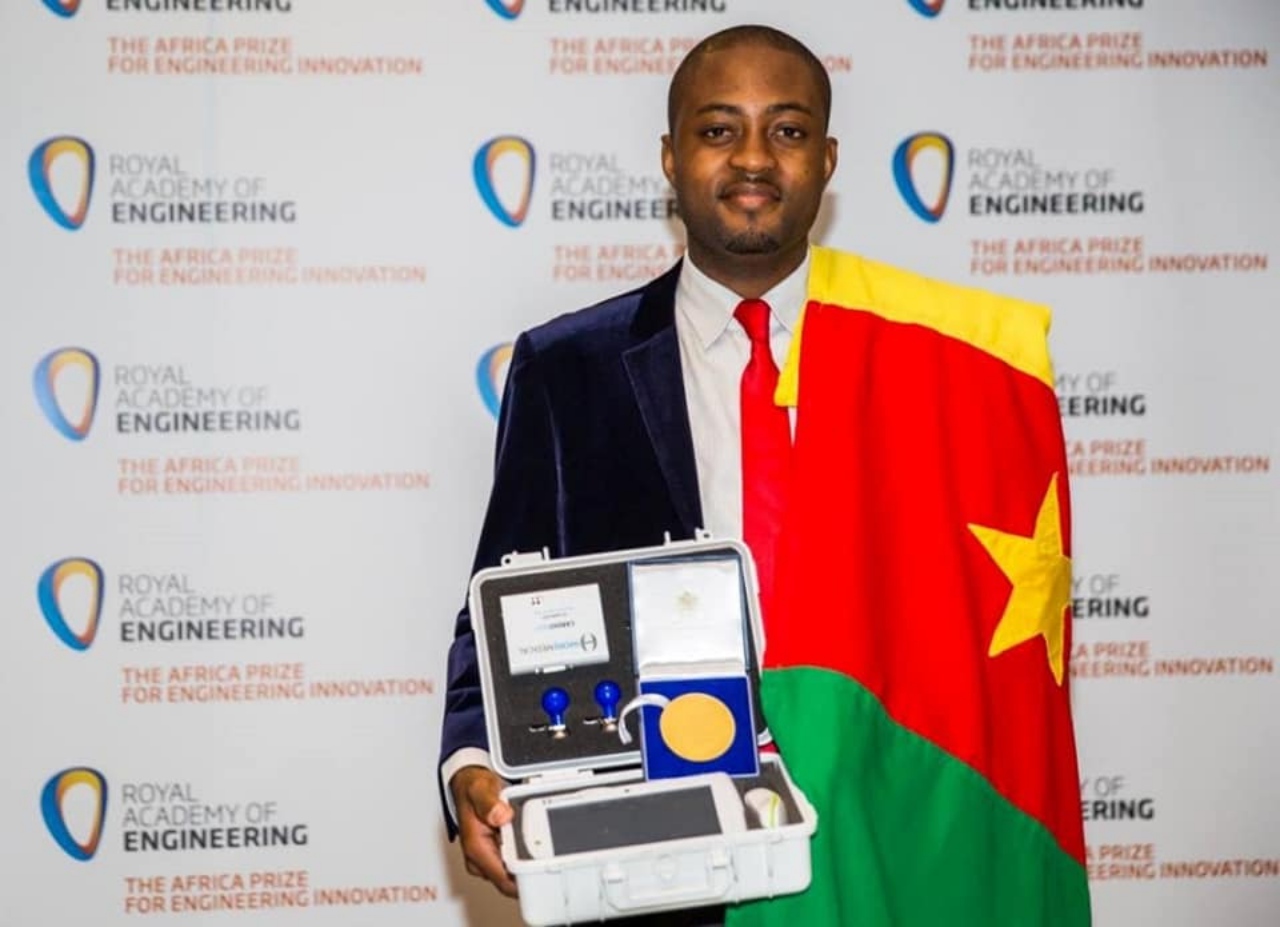