Biggy237 Returns: The long-anticipated return of Biggy237 is over. The organisers of Biggy237 have scheduled the official house opening for August 2nd 2020. This means the first 25 contestants who were voted some months back will be getting into the house for the game proper.

The long-anticipated return of Biggy237 is over.  The organisers of Biggy237 have scheduled the official house opening for August 2nd 2020. This means the first 25 contestants who were voted some months back will be getting into the house for the game proper. The organisers have decided to call this premier edition of Biggy237 SHOW-DEM.
Cameroonians all over the world have been waiting for the second phase of Biggy237. This will be aired on TV with 25 contestants who will move into the Biggy237 mansion. These contestants were voted in January 2020 which was the first phase of the show.
In the first phase of the show, contestants were assigned weekly tasked. They were expected to complete the task and submit on a given deadline. Each task was presented in a 30 seconds video. Points were accumulated, and elimination took place every month. Once only 25 contestants were left in the competition, the show moved to its second phase, which will commence with 25 contestants in the Biggy mansion. The second phase is aimed at bringing out programs and activities on:

The Biggy237 Reality TV show was expected to kick off in April, but the Covid-19 outbreak pushed the organisers to put suspend it. The winner of this contest is expected to walk away with 10 million worth of cash price, a trip abroad and a partnership deal.

Biggy 237 is a reality TV show in Cameroon, which aims at nurturing talent and inspiring hope in young Cameroonians. Biggy237 is a talent-driven show which brings out creativity, innovation and showcases the talent of its contestants. Biggy237 creates a platform to showcase the skills and talents of its contestants while inspiring the public. The first season of Biggy 237 kicked off in January 2020, with contestants battling to become the first Biggy237 millionaire, sign partnership deals and an opportunity for an all-paid vacation abroad.
Biggy237 was founded in August 2019 and is open to all Cameroonians residing at home or abroad. To be a contestant you had to be 21 years and above to be considered for this maiden national edition. Selected contestants need to be able to communicate in English, French, Pidgin, and Frananglais during their stay in Biggy’s house.

The Initiative was first initiated as a pilot project by a group of Cameroonians from the Northwest Region who pride themselves as “We Love Ndop”. Ndop is a small town in the Ngoketunjia region of the North West Region. The pilot project name “big broda Ndop” ran for four months. It ended with the winner announced at Holiday Inn Limbe. Mboufoung Carine was the winner of the pilot project.

– Nurturing and showcasing talent, Inspiring Hope
– Leaving together
– Entertainment
– Interacting with the public through votes
– Making the winner a millionaire and promoter

Biggy is an invisible leader of a closed community. Biggy commands its inhabitants. Biggy is autocratic and has surveillance of the people under his control with listening devices and cameras. The community, totalitarian and Biggy is the leader of the totalitarian regime. Everyone in this community is under surveillance by Biggy, which reminds people of an endless catchphrase “Biggy237 is watching You,” showing a mindset of a Biggy in control. Generally, the idea conveys a line of propaganda, meaning contestants or mates have to follow what Biggy237 wants them to do, and if they do not, Biggy237 will know, as he surveys them all the time. Taking into consideration that these contestants are selected from the 10 Regions of Cameroon, this TV reality show can reunite and foster peace and stability.

Biggy237 is in partnership with BT Media Group, which is its official media partner. BT Media Group is a broadcasting and media production company located in Douala, Cameroon. It is an innovative media platform that is devoted to revolutionising the way we consume local content in Cameroon. They are expected to cover the Biggy237 show 24/7 and keep you glued to your screen. 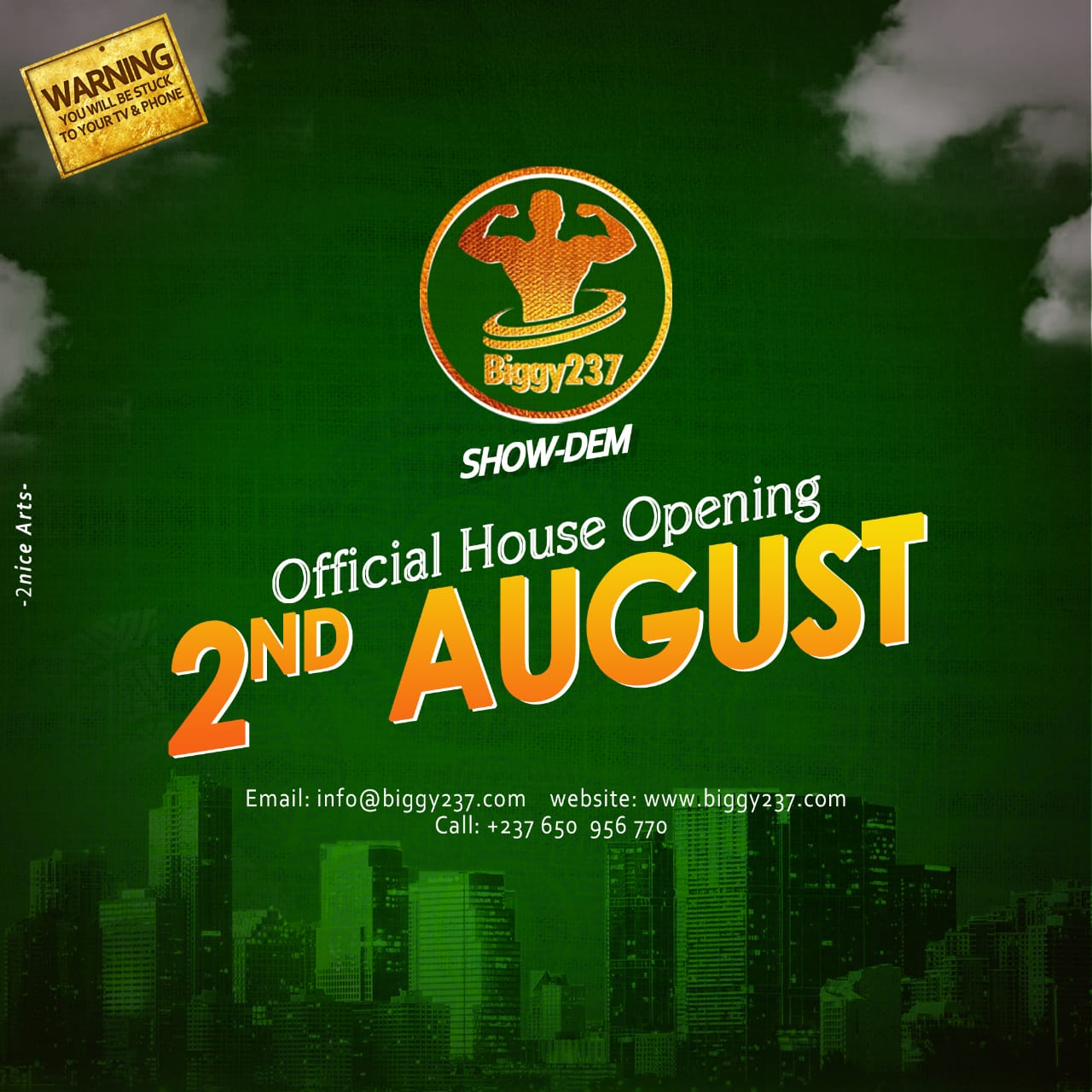 Android,11,Apps,11,Blogging,5,Business,11,Cameroon-Info,51,Camtel,6,Daily Devotions,9,Gabon,2,Ghana,2,Health-Tips,15,How-To,14,Huawei,8,Infinix,2,IOS,11,Job Alerts,19,Liberia,2,Malawi,2,Mtn,20,Network,36,Nexttel,5,Nigeria,4,Orange,10,Other-Brands,5,Phone-Reviews,20,Rwanda,3,Samsung,1,Seo,2,South Africa,3,Tanzania,4,Tecno,3,UAE,2,Uganda,4,USA,2,Windows,4,Xiaomi,4,Yoomee,2,Zambia,2,
ltr
item
HIPPOTECH GROUP: Biggy237 Returns: SHOW-DEM
Biggy237 Returns: SHOW-DEM
Biggy237 Returns: The long-anticipated return of Biggy237 is over. The organisers of Biggy237 have scheduled the official house opening for August 2nd 2020. This means the first 25 contestants who were voted some months back will be getting into the house for the game proper.
https://1.bp.blogspot.com/-Zn9tHHzYAKc/XvtXz0wr-6I/AAAAAAAABFY/ea5rrwAcyu8CSNQQSM4--a8Y6zVL974FwCLcBGAsYHQ/s1600/Biggy237-show-dem.jpeg
https://1.bp.blogspot.com/-Zn9tHHzYAKc/XvtXz0wr-6I/AAAAAAAABFY/ea5rrwAcyu8CSNQQSM4--a8Y6zVL974FwCLcBGAsYHQ/s72-c/Biggy237-show-dem.jpeg
HIPPOTECH GROUP
https://www.hippotechgroup.com/2020/07/biggy237-returns-show-dem.html
https://www.hippotechgroup.com/
https://www.hippotechgroup.com/
https://www.hippotechgroup.com/2020/07/biggy237-returns-show-dem.html
true
4713231046068367873
UTF-8
Loaded All Posts Not found any posts VIEW ALL Readmore Reply Cancel reply Delete By Home PAGES POSTS View All RECOMMENDED FOR YOU LABEL ARCHIVE SEARCH ALL POSTS Not found any post match with your request Back Home Sunday Monday Tuesday Wednesday Thursday Friday Saturday Sun Mon Tue Wed Thu Fri Sat January February March April May June July August September October November December Jan Feb Mar Apr May Jun Jul Aug Sep Oct Nov Dec just now 1 minute ago $$1$$ minutes ago 1 hour ago $$1$$ hours ago Yesterday $$1$$ days ago $$1$$ weeks ago more than 5 weeks ago Followers Follow THIS PREMIUM CONTENT IS LOCKED STEP 1: Share to a social network STEP 2: Click the link on your social network Copy All Code Select All Code All codes were copied to your clipboard Can not copy the codes / texts, please press [CTRL]+[C] (or CMD+C with Mac) to copy Table of Content