Cameroonian gospel music rap sensation "The King" drops a hit song which is an alter call titled "What If". This comes after previous hi singles

Cameroonian gospel music rap sensation "The King" drops a hit song which is an alter call titled "What If". This comes after previous singles like "No excuses" and "Translated".

Who is The King

The King is a Cameroonian gospel rap artist who goes by the birth name Agbor Takang Clinton. He hails from Limbe town a touristic town in the South West of Cameroon. He is a gospel rap minister of Loveworld Inc. (Christ Embassy) Campus Ministry Buea.

The King is an Ex-student of Government High School (GHS) Limbe and a graduate from the University of Buea with a BSc from the Department of Geology.

The King's love for music began way back in secondary school. In 2013, after his contact with universal icon and founder of Loveworld Inc (Christ Embassy) Rev. Dr Chris Oyakhilome (DSC, DD), his music view changed, and he was born again.

His love for the word of God made him realize he could spread God's word via the music talent instilled in him.

The King "What If"

In his new gospel single "what if" he tries to get people to reflect on their soul's fate. He kicks off the track with the question "What if all you've known this long's been a lie from the start"?. He also asks questions like "what if there is an afterlife living in glory, where will you be and what will you do if there is really a God..........."
This track "What if" is a song worth listening to as the message will not only make you reflect but examine your path. This song will be the best 4 minutes and 2 seconds of your 2021.

Download and Listen to What If by The King 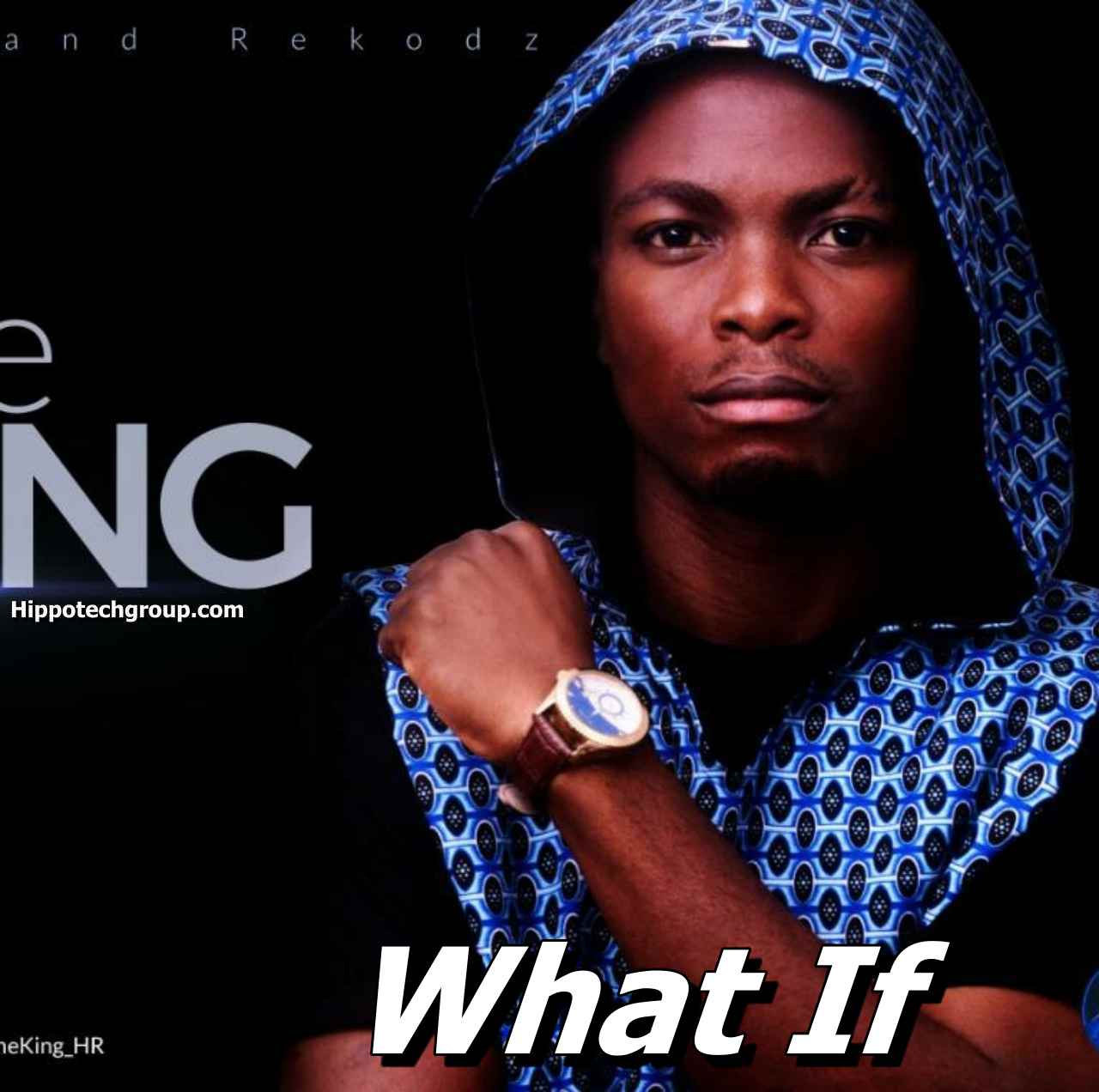 Android,11,Apps,11,Blogging,5,Business,11,Cameroon-Info,51,Camtel,6,Daily Devotions,9,Gabon,2,Ghana,2,Health-Tips,15,How-To,14,Huawei,8,Infinix,2,IOS,11,Job Alerts,19,Liberia,2,Malawi,2,Mtn,20,Network,36,Nexttel,5,Nigeria,4,Orange,10,Other-Brands,5,Phone-Reviews,20,Rwanda,3,Samsung,1,Seo,2,South Africa,3,Tanzania,4,Tecno,3,UAE,2,Uganda,4,USA,2,Windows,4,Xiaomi,4,Yoomee,2,Zambia,2,
ltr
item
HIPPOTECH GROUP: Download and Listen to What If by Cameroon Gospel Sensation The KING
Download and Listen to What If by Cameroon Gospel Sensation The KING
Cameroonian gospel music rap sensation "The King" drops a hit song which is an alter call titled "What If". This comes after previous hi singles
https://1.bp.blogspot.com/-JW_enhjeutU/YBCNwJAH8mI/AAAAAAAACIA/MSTXAvk8e1kiEovip2L8lIu6f1vkRgLMgCLcBGAsYHQ/s16000/Cameroon-gospel-sensation-the-king.jpg
https://1.bp.blogspot.com/-JW_enhjeutU/YBCNwJAH8mI/AAAAAAAACIA/MSTXAvk8e1kiEovip2L8lIu6f1vkRgLMgCLcBGAsYHQ/s72-c/Cameroon-gospel-sensation-the-king.jpg
HIPPOTECH GROUP
https://www.hippotechgroup.com/2021/01/download-and-listen-to-what-if-by-the-king.html
https://www.hippotechgroup.com/
https://www.hippotechgroup.com/
https://www.hippotechgroup.com/2021/01/download-and-listen-to-what-if-by-the-king.html
true
4713231046068367873
UTF-8
Loaded All Posts Not found any posts VIEW ALL Readmore Reply Cancel reply Delete By Home PAGES POSTS View All RECOMMENDED FOR YOU LABEL ARCHIVE SEARCH ALL POSTS Not found any post match with your request Back Home Sunday Monday Tuesday Wednesday Thursday Friday Saturday Sun Mon Tue Wed Thu Fri Sat January February March April May June July August September October November December Jan Feb Mar Apr May Jun Jul Aug Sep Oct Nov Dec just now 1 minute ago $$1$$ minutes ago 1 hour ago $$1$$ hours ago Yesterday $$1$$ days ago $$1$$ weeks ago more than 5 weeks ago Followers Follow THIS PREMIUM CONTENT IS LOCKED STEP 1: Share to a social network STEP 2: Click the link on your social network Copy All Code Select All Code All codes were copied to your clipboard Can not copy the codes / texts, please press [CTRL]+[C] (or CMD+C with Mac) to copy Table of Content