Children are a high-risk group when it comes to influenza. While healthy individuals tend to experience mild to moderate symptoms, young children may suffer severe flu. This is shown in a study where children hospitalised from influenza were either admitted into intensive care (12%), developed respiratory failure (5%), had bacterial co-infection (2%), or even died (0.5%).

KUALA LUMPUR: In their imaginary world, children could be superheroes fighting fearsome monsters.
In real life, however, children are quite helpless against many threats to their health and well-being – influenza is one of them.
Worldwide, this disease is responsible for between 290,000 and 650,000 respiratory-related deaths annually, many involving young children.
Younger age, higher risk
Children are a high-risk group when it comes to influenza. While healthy individuals tend to experience mild to moderate symptoms, young children may suffer severe flu.
This is shown in a study where children hospitalised from influenza were either admitted into intensive care (12%), developed respiratory failure (5%), had bacterial co-infection (2%), or even died (0.5%).
The US Centers for Disease Control and Prevention (CDC) also estimates that every year, flu-related hospitalisation among children younger than five years ranges from 7,000 to 26,000 in the United States.
This could be because such young children have immature immune systems. Furthermore, those below six months are not old enough to be vaccinated against influenza.
Children with pre-existing medical conditions have a higher likelihood of getting hospitalised for influenza. Of the 40% of children studied by Dawood, 18% had asthma, 15% (of those below two years) had been born prematurely, and 7% had developmental delay.
However, this does not mean that other children are safe.
A 25 year-long study of 1,665 healthy children found that influenza was associated with high death rates in otherwise healthy children aged below five years.
Acute otitis media (painful middle ear infection) and lower respiratory tract disease was highest among children aged under two years old.
Children easily catch and spread influenza
Influenza can spread in a couple of ways. If an infected person coughs or sneezes openly, influenza viruses are released into the air.
When inhaled by someone else, these viruses make their way into the respiratory tract and start to replicate.
Alternatively, the droplets may land on, or be transferred by touch too, items like toys, remote controls, door handles, bed sheets, blankets and so on. The viruses can live there for hours or days.
In that time, anyone handling those contaminated objects (called fomites) will get the viruses on their hands and eventually into their mouths, nasal passages and eyes where the viruses can enter the body.
Seeing how children share toys and have close contact with their school friends, siblings and other family members, it is no surprise that they can easily catch and spread the disease.
In fact, they shed greater amounts of the virus for longer periods than adults do, despite displaying symptomatic illnesses for a shorter time. All this often comes at their own and their family's detriment.
A study by Principi et al found that most children with influenza attended day-care centres or schools. They also had a higher likelihood of fever and croup (an infection of the upper airway characterised by a barking cough), and longer school absence.
Their parents and siblings also had more respiratory illnesses, needed more medical visits, missed more work or school days, and needed help at home to care for the ill children for a longer period of time.
Vaccinate children against influenza
It helps to teach children good hygiene and etiquette to reduce the risk of influenza infection, to some extent. These include hand washing, and staying away from friends who show signs of influenza.
However, vaccination is the best way to prevent influenza.
The CDC recommends vaccination for all children older than six months (as well as adults who care for children).
Two doses of vaccine should be given to children aged six months to eight years while only one dose is required subsequently.
Influenza vaccination should be given annually to protect against new mutations of the viruses that are expected in the coming season.
This will substantially reduce the risk of severe disease that may result in hospitalisation or serious complications.
It will also help prevent the virus from spreading at home (particularly if you have a baby under six months old) or in school.
While temperate countries experience influenza seasons in winter, we in Malaysia have it all-year round. As such, you should get your child vaccinated as soon as possible, and repeat the process every year.
#COPIED#
Article courtesy of the Immunise4Life programme by Health Ministry, Malaysian Paediatric Association and Malaysian Society of Infectious Diseases and Chemotherapy, supported by Sanofi Pasteur. Learn more at https://immunise4life.my/beattheflu/ or http://www.ifl.my/btf. 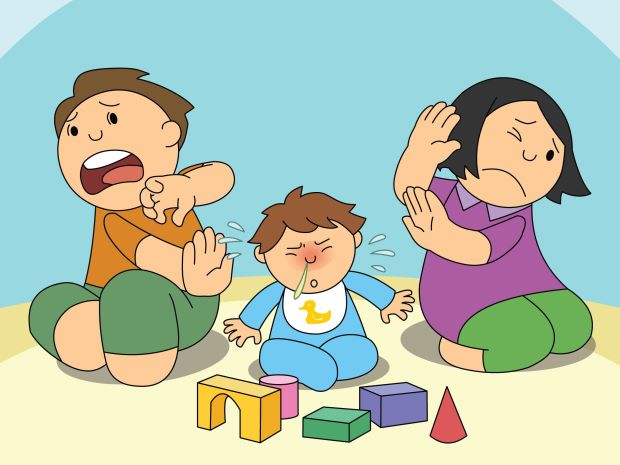