Infinix Hot 7 Pro is a flagship device produced by Infinix Mobile. Infinix Mobile is a Hong Kong-based smartphone manufacturer founded in 2012 by Transsion Holdings. The company has research and development centers in China and designs its phones in France.  Infinix is a household name in about 30 countries in the middle east and Africa.

let's take a look at the Infinix Hot 7 Pro which was announced in February 2019 and was released in April 2019. It is an affordable Infinix series which is a mid-range smartphone that offers a fair of what we are paying for. It comes in several amazing colors.

Infinix Hot 7 Pro is a nice piece which measures 8mm in thickness and weighs 174 gram.  It has a display screen size of 6.2 inches and IPS display 720 x 1500 pixels HD+ screen resolution and aspect ratio 19:9. This device rear Camera has a dual-camera setup of 13+8-megapixel while its front camera offers a selfie Camera setup of 8 megapixels for selfie. An outstanding camera feature that it has is the FaceID which supports face recognition to simply unlock the phone with a glance. This makes life much easier without you having the trouble of remembering many passwords.

The Infinix Hot 7 Pro contains a rear Fingerprint scanner. It is regrettable that it does not provide 4G but provides room for dual-SIM cards with the normal 3G network support.

A great feature it has is its non-removable Li-ion 4000 mAh battery which provides up to 24 hours of talk time and 30 hours of music play, but regrettably, it does not provide fast charging technology.

The Infinix Hot 7 is powered by a MediaTek processor type MT6580A  which has a Quad-Core, that runs at a frequency of 1.3 GHz coupled with Mali-400 MP2  GPU. Also, this device provides its users with the XOS 4.1 Honeybee Skin user interface which runs on Android OS version 8.1 (Oreo).

The full specifications of this device can be seen below: 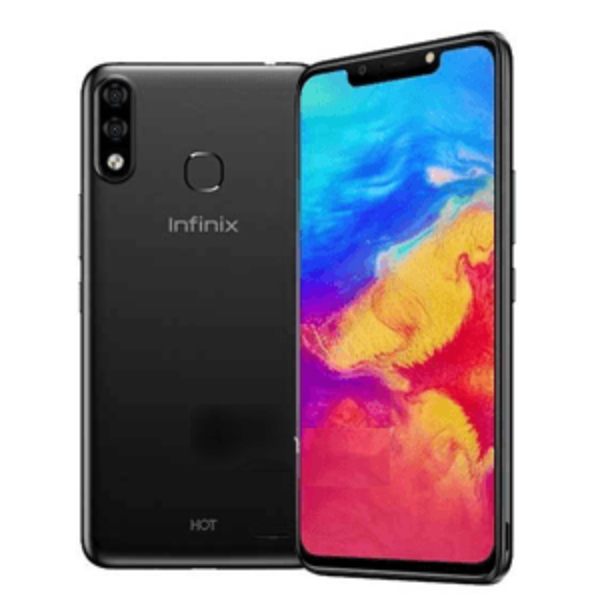